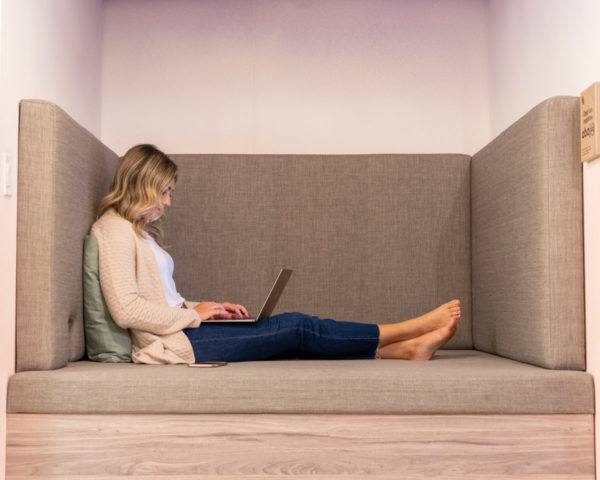 Wow, what a month. Per usual, I’m sitting at a coffee shop (slightly hungover) after one last hurrah with my Kahlo fam last night. Each month, I’ve made my way to a café the morning after our “farewell” party in each city, but this month was a little bit different as we’ve had multiple going away parties as everyone is leaving at different times. But last night it really hit me – I cried at the club each time someone left, haha. Most of everyone is leaving today, and I’m headed home first thing in the morning. As I sit here and think about the month of December, all I can think of is, “Wow.” This was quite the polarizing month, and I’m not sure I’ll ever be able to accurately describe what I’ve been feeling the past few weeks… I’m going to write a bigger reflection post about the entire four months after I’ve had a little bit of time away. But TL;DR… Going on Remote Year was one of the best decisions I’ve ever made. It wasn’t all easy though.

I’m going to be honest — I’ve felt like I’ve been stuck in neutral for most of this fourth and final month. As much as my pride doesn’t want me to admit it, I’ve been so ready to go home at times. I’m so ready to get back to work and start the New Year off right. But at the same time, I’m also trying to be present and live it up this last month. I’ve wanted to savor these last few weeks, but on the other hand, I’ve also been counting down the days in some ways. And to be honest, I’ve had a lot of guilt about looking forward to going home. It’s just been a really strange feeling overall…

But honestly, it’s been such a weird month… I’m going to give you the real, raw, and honest version of the last few weeks. As I’m currently writing this, I am actually tearing up about the month and the program being over, but this month had a lot of ups and downs and a rollercoaster of emotions.

Man-oh-man have I had my fair share of qualms with this apartment in Mexico City. If you’ve been following along on social media, you’ve probably saw me complain about not getting very much sleep this month… We live on a very lively street and have the thinnest of windows. (Not to mention, I didn’t realize my bedroom window wasn’t full shut for the first two weeks… That definitely added to the noise level. Such an idiot move, haha!) And one thing about Mexico City, no apartments have heat or air conditioning. December is the coldest month here, and our apartment gets no direct sunlight, so it’s just freezing 100% of the time. Thank goodness for space heaters! (However, if you were to live in our apartment in the summer, it would be such a cool reprieve from the hot heat. — There’s always trade-offs!) My room also doesn’t have a closet, which just makes my space feel messy all the time because everything is just out in the open. I’m sharing a bathroom for the first time since 2012, and one of my interior walls is actually just clear glass into the apartment… it’s very strange, haha. I obviously made do and got used to most of this, and while these things aren’t really a big deal at all (major #firstworldproblems), it just wasn’t ideal to dislike my home so much after three months of living abroad. It never felt very “home-y” to me, but I got pretty lucky with my other apartments so I can’t really complain. But I will say, I don’t think I would have been as ready to go home if I liked where I was living.

My best friend, Kelly, and a group of our close friends from Chicago were in town when I arrived to Mexico City, so I definitely didn’t start the month how I discussed here. I basically landed, dropped off my bags, and then had a whirlwind of a weekend. It was such a fun few days of catching up, although it was kind of weird to have friends from home in town… It definitely made me a bit homesick! And then to make matters worse, I ended up getting a sinus infection right after they left and was dealing with that for the first two weeks I was living here. Not the best start.

Then, my Remote Year manager got let go due to corporate re-structuring. We had just gotten here, had our weekly kick-off meetings on Monday, made all of these plans for the month, and then found out on that first Wednesday that Remote Year was re-structuring and a lot of corporate positions were being terminated. So the “social media team” here in Kahlo got a new remote manager for the last few weeks and it really did change the vibe of the whole team and the whole project. Especially with just a few weeks left, it was a really strange way to end the program.

Since the apartment was not my favorite, work was different, I was sick, and with it being a shorter month over all (since most of us are leaving early to go home for Christmas), there were times that I just wanted to cut to the chase and go home already. In fact, when my manager called me to tell me about the re-organization, I thought he was going to tell me that our contracts were going to be cut for the month, too. And to be honest, in the moment, I wasn’t that upset when I thought that was the case.

I only worked out a handful of times this month, and any semblances of a morning routine also went out the window, which is probably another reason why I’ve been pretty anxious this month. Yep, I’ve been anxious all month long. I miss Chicago, I miss my friends, I miss my family, and I’m so ready to get back to my regular working set-up. But I’ve had so much anxiety about the program ending, too. Like, so much anxiety.The unknown of not really knowing what this coming year is going to look like is kind of killing me at times.

But at the same time, it’s my last month on this incredible journey, and in so many ways, I’m so not ready to close out this chapter. I have so much gratitude for what an adventure this whole experience has been. I’m so grateful for everything I’ve learned and the things I’ve gotten to see and do. And the people I’ve met… That’s a whole other story for another day. And as much as I’ve been longing for a little break at home and to switch out the clothes in my suitcase, part of me wishes that I had a few weeks at home and would get to come back afterwards. Do I want to do another four-month Remote Year program? Kind of. But a lot would have to change with the blog for that to continue to be a possibility. But on the other hand, part of me really longs to settle down a little bit and tie some roots. And (gasp!) maybe actually have time to meet and date someone for once.

I’ve truly been making such a conscious effort to soak up every single day here instead of dwelling on all of the unknowns come January, but the fears and worries have found a way to sneak in at times. I don’t know where I’ll be living, and I’m not even sure what type of living situation I’m looking for — My furniture is currently being used by my subletters, so I don’t know if I should look for something temporary for a few months until I can get that back, or if I should just look for a regular year-long lease and get new furniture and sell all of my old stuff. No idea what neighborhood. Should I try to save some money and switch it up? I actually didn’t mind living with roommates on RY, so would I want to live with someone else in Chicago? Lots of question marks.

Mexico City is such an incredible city, with so many different neighborhoods to explore, and so many tacos to eat. One of my best guy friends visited for a few days last week, and it was so fun to play tourist and show him some of my favorite spots. The city is so massive though! It feels impossible to see and do it all. I’ll also be honest that I’ve really rejected how “Americanized” it is, though… Most people speak English and it’s been hard to try to practice my Spanish. I’ll start speaking in Spanish and they speak back to me in English. As hard as it was at times in previous months, I really enjoyed being thrown into other cultures and having to struggle a little bit with the language barrier.

As the days have dwindled this last month, I’ve realized just how much I’m going to miss this group of people I’ve been traveling, living, and working with. It’s mind-blowing to me that four months ago, I had no idea that any of these people even existed, but now, we’ve traveled all over Latin America together. I’ve seen at least one of these people every single day for the last four months. I’ve lived with them, worked with them, vented with them, laughed with them, and made life-long memories with these strangers-turned-friends-turned-family. For the last four months, I’ve had a group of over twenty people to text to go grab lunch or dinner. I’ve gotten to know so many different personalities and learned about their lives back home. I truly can’t imagine my life without these people. It’s kind of funny… It’s actually been the small moments that have made me get sentimental this month. There were a few one-on-one convos and spur of the moment lunches that made me stop and think just how lucky I am to be here right now.

I know this post isn’t my best from a writing standpoint and the structure feels so very scattered, but honestly – that’s just where I’m at right now. I have all of the feelings, and I have them all at the same damn time. I’m happy, sad, overwhelmed, anxious, ready, in denial, excited, terrified, nervous, worried, grateful, frazzled, tired… Did I mention anxious? haha. But that’s all I’ve got for now… I need to get back to the apartment and start packing… My flight home is at 8am.

No images found!
Try some other hashtag or username