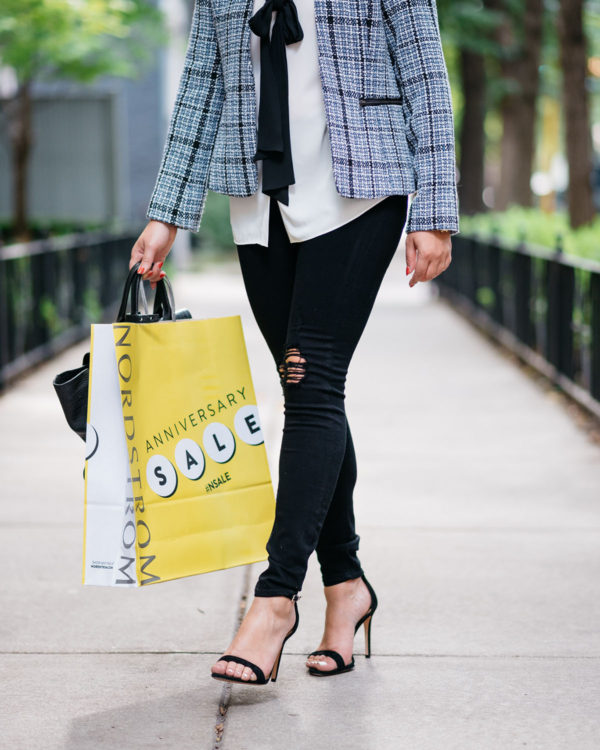 What is the Nordstrom Anniversary Sale?

The Nordstrom Anniversary Sale is, hands down, the best sale of the year! It’s all *brand new* merchandise (all of the hottest trends for fall, plus some wear-now summer pieces, too!) that is on major sale for a short time before the prices go up to regular retail. The opposite of how it usually happens! Nowadays, the Anniversary Sale has become so legendary that most things completely sell out and never even end up going up to full price when the sale is over. The Anniversary Sale happens all over the store, too… Women’s, Men’s, Kids, Home, Beauty, Shoes, Handbags, Accessories, you name it. The savings are too good to pass up, trust me!

This year’s Nordstrom Anniversary Sale will run from July 12th through August 5th.

Early Access will take place July 12th through July 19th before the sale opens to the public on July 20th!

Shopping the sale early is such a game-changer! A few of the best deals, especially the big ticket items, sell out super fast… Usually before the sale opens up to everyone! Get your Rewards card, shop the sale early, and thank me later.

If you don’t have a Nordstrom card and don’t want to have a card, I recommend starting a wish list! You can add everything you’ve got your eye on now to keep track of what sells out, etc. Then when the sale opens up to everyone on July 20th, you’ll be able to easily add everything to your cart and purchase quickly!

The 2017 Catalog is finally online! Click here to see it and start bookmarking your favorites. (You can see my top ten purchases right here!)

My top picks are live! Click here to see what I have my eyes on this year.

What to Buy in the Nordstrom Anniversary Sale

Here are my top 25 favorites!

Check out some of my previous posts regarding the sale below…

What to Buy at the Nordstrom Anniversary Sale