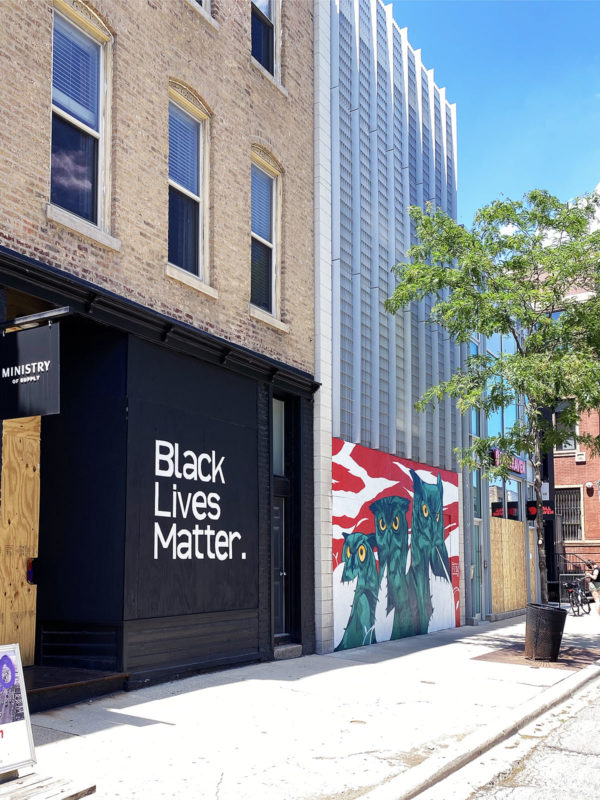 Today is Juneteenth, which, admittedly, is a day I only learned the importance of this year. Kira’s post explains it well… “Juneteenth is the oldest nationally celebrated commemoration of the ending of slavery. On June 19,1865, two years after President Lincoln’s emancipation proclamation, union soldiers made it to Galveston, TX to announce the ending of the war and the freeing of slaves. While other states had seen an earlier impact, Texas did not have a big enough union presence until June 19th to enforce this executive order.” I’m so glad we’re collectively recognizing Juneteenth this year amidst the re-energization of the Black Lives Matter Movement.

I’ve got a lot of work to do, but I’m making a commitment to share my journey with you from here on out. From educating myself on how to be actively anti-racist, learning more about American History specifically pertaining to race, unlearning/reprogramming implicit racial biases, understanding the deep roots of systemic racism and white supremacy, and using my platform and voice to be an advocate against the injustice in our country, there’s a lot of heavy lifting to be done. Each month, I’ll be sharing an update with what I’ve read, watched, listened to, etc. By no means is this me trying to teach anyone anything, but more so me trying to educate myself, share resources that I find helpful, and hopefully act as inspiration and reminder for you to keep up the work, too. Plus, sharing publicly will help hold me accountable!

I keep reminding myself that Rome was not built in a day, and that this work is a lifelong marathon, not a monthlong sprint. I can be such an extremist at times… It’s one of my traits that annoys me the most. When I’m in, I’M IN. And when I’m not, I’m just not. I tend to give 0% or 120%, and while I guess there are a few upsides to that, it can be kind of debilitating at times, on both ends. For the last few weeks, I’ve basically paused everything. I haven’t been able to think about anything outside of what’s going on in our country. It keeps me up at night, I get angry, I get sad, and focusing my attention on anything outside of this feels wrong. But I know I have to keep moving forward in all areas of my life in order to avoid burnout and bring sustained long-term change!

Personally, I’m committing to one hour per day. For the last few weeks, it’s been much more than that, but as we move forward, I know some days will be a bit less than an hour, and some days will be more. I’m viewing it like a workout, which is why I’m committing to an hour per day… You don’t always want to put in the work, but you’re always glad that you did afterwards. And you won’t see results immediately, but you will see progress overtime. And that’s why I’m planning to do this monthly check-in series to track that progress!

I know a lot of you don’t follow on Instagram, but you can check out my BLM highlight for some good info on where to begin doing this work. I’ve tried to share one or two resources each day over the last few weeks, and I’ll probably need to start a second highlight soon. I have a LOOOOOOONG list of resources that I’ve been saving and constantly adding to on my phone, which is what I’ll be whittling away at and sharing here once a month.

Book Club  |  A handful of my girlfriends and I have started a virtual book club to unpack these things together. We’re currently reading One Person, No Vote by Carol Anderson, the Black author that also wrote White Rage. I chose this book as our first to read together because of the timeliness with November right around the corner… It’s about voter discrimination in the 2016 election. Until recently, I never understood (or, I guess, paid attention to) just how bad of a problem voter suppression was in our elections, and it’s been absolutely infuriating.

Race and Cultural Diversity in American Life and History on Coursera  |  I enrolled in this course that’s taught by a professor from the University of Illinois, my alma mater. It started this week, but I’m pretty sure you’re still able to enroll since you go at your own pace. If you elect to not get the certificate, it’s free to join.

Louiza Doran, @AccordingtoWeeze  |  One of my most informative IG follows yet! I highly recommend watching a lot of her IGTV videos to start. She also has a podcast that I’m excited to dig into, as well as a four-part webinar series called “Culture of Whyteness.”

Ayana Lage on Bad on Paper  |  I loved this episode and have found following Ayana very educational these past few weeks.

IG Follows  |  Where IG used to be a place to just scroll, I’m now using the platform to learn SO MUCH. Here are some accounts that have been very eye-opening… I know I’m forgetting so many, but I’ll share more next month!

Brandy Vornado  |  @ckyourprivilege has been doing these great talks on Saturdays on IGTV, and Brandy did one this past Saturday regarding education and the opportunity gap, and it was BEYOND informative. (You can watch it here!) Brandy is starting a podcast soon, and I’m really interested to listen when she does. I just got on her e-mail list for when her book club starts. (Emergent Strategy is the first book in a couple of weeks!)

If you don’t understand the term systemic racism, please watch this four-minute cartoon. It’s SO HELPFUL, and so well done!

When They See Us  |  I was at a friend’s house last year on 5/31 when this show came out, and it auto-played after we finished watching the Ted Bundy tapes. I don’t have Netflix, so I believe I only saw the first two episodes that night after my friend had fallen asleep. The next day, I was talking to some of my friends about it, but no one knew the show I was talking about… At the time, I didn’t realize it had just premiered that day. It’s absolutely gut-wrenching, but so worth the watch. I need to go back and re-watch all four episodes!

I actually just read that When They See Us and 13th are both FREE ON NETFLIX (meaning they’re before the paywall!) in honor of Juneteenth. So definitely take advantage of that this evening if you’re a non-subscriber, like myself!

Coffee Chats  |  Last but not least, Sydney Miller has been hosting a Coffee Chat on Saturdays after her Housework class. (My favorite at-home workout!) Two weeks ago, Kira West joined for class for an open dialogue and it was really eye opening talking about the difference between diversity and inclusion. And this week, @ShannaTyler joined us, and I absolutely loved her energy! Next Saturday, she’s co-hosting a donation based webinar with a few other Black women to talk about race, diversity, and inclusion. I just got my tickets, so I’ll be joining in on that!

It’s been a really nice space to have open and honest conversations with people that are looking to learn, better themselves in and out of the workplace, and figure out ways to do better together. I encourage you to join us next Saturday and stay for the chat! (No need to chime in, it’s been really beneficial to listen.)