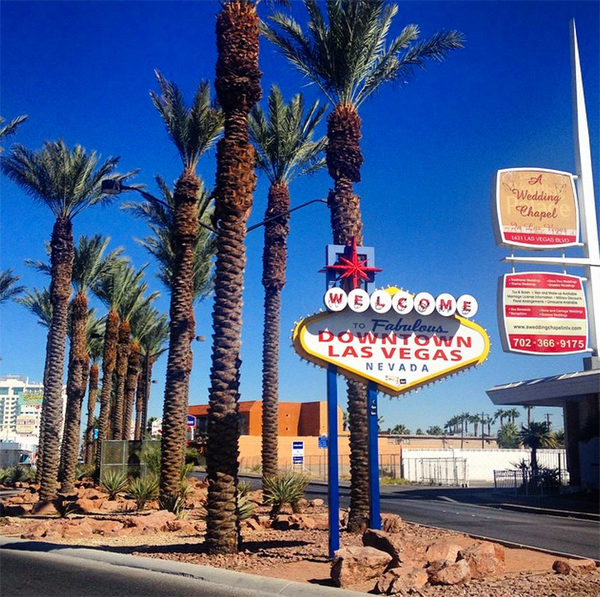 Hey, you guys. I apologize for the radio silence this week, but I just couldn’t bring myself to post. Last weekend was SO fun (Cubs game, taking a party bus to Michigan, apple picking, wineries, etc), but unfortunately ended on such a somber and terrifying note. I was out to dinner with my in-laws (Hallie’s parents, haha) on Sunday night and we were at the bar having a drink afterwards when I saw the devastating news from Las Vegas from on Twitter. Hallie and I spent the next few hours making sure our friends in Las Vegas were okay and constantly refreshing every news source for more information. It was a scary few hours, especially since there are always a few false alarms right after something like that happens. (News of multiple shooters, shots fired at another hotel, bomb threats, etc.) (Don’t get me started on the fact that we now know what it’s like “when something like that happens” because it happens way too f*cking often.) I don’t know when I ended up falling asleep, but I woke up on Monday morning, looking at the notifications on my phone with one eye open, crossing my fingers it was all a very bad dream. Instead, I saw the news of just how awful the night really was. I spent majority of Monday sitting in silence, staring at my phone and the TV for updates, mourning for all of the victims and their families, and feeling pretty helpless. The rest of the week kind of followed suit, too.

It seems like every other day there is something new to be praying for lately… mass shootings, deadly hurricanes and earthquakes, terrorist attacks, threats of nuclear war, the list goes on and on. But the horrible happenings in Las Vegas this past Sunday truly shook me to the core. I’m sure it was partially “the straw that broke the camels back” in the sense of how heavy my heart has felt lately, but also so terrifying of how close it hit home for me and a lot of my friends, too.

Music has always been my personal escape and even at the ripe ol’ age of 28, I still love going to music festivals. Las Vegas has been a place of such carefree fun for my friends and me since we started going after graduating from college. I truly can’t fathom experiencing such a catastrophic event in such a lively, crowded place. I’ve been to multiple Jason Aldean concerts, I’ve been to the Life is Beautiful festival in Las Vegas where the shooter had also rented a nearby room a few weeks ago, and I was at Lollapalooza in August, where it’s been reported that the shooter had reserved rooms at a hotel along the edge of Grant Park and never showed up.

What scares me the most is that no amount of amped up security at that concert could have stopped the tragedy that took place. And the fact that we still don’t know (and may never know) his motive is extremely unsettling. It’s hard not to live in fear after something like this happens, especially when you’re living in a big city with so many people around. I couldn’t help but think of my friends and I heading to Austin, Texas next weekend for the Austin City Limits music festival… I’m sure security is going to be tightened to the max, which I’m obviously all for, but then my mind starts to wander to all of the “what ifs.” It’s exhausting.

Whenever I’d sit down to post this week, anything I’d try to say just felt too forced, too fake, and extremely insignificant. And to be honest, I’m struggling (so hard) with what I ‘should be’ posting. Up until now, I’ve always stuck with my decision to keep content uplifting and inspiring, and let the blog serve as a little source of light during dark times. But it just doesn’t feel like enough lately. I mentioned something similar back in February and the only comment regarding my tidbit on political happenings was to keep politics off of the blog, to which I happily obliged. (And to be totally honest, as much as I keep up with the news and discuss those touchier topics with my friends and family regularly, I don’t feel like I’m well-versed enough to publish those thoughts on the internet. And I *definitely* don’t feel comfortable enough to do so.) But then I get right back to where I started… How can I use this platform for good?

Current events aside, the question of ‘what to post’ is something I’ve been having an increasingly hard time with as a whole over the last year or so. To be frank, I hate (with a capital H) so much of what the Instagram world has turned into. What once felt so inspiring, so much of the content (at least from those I follow) now seems so curated, overly perfect, and just lends itself to me playing the comparison game and makes me feel like crap. (More of a fan of the funny memes and pictures of dogs, TBH.) On the blog, I’ve tried to incorporate more “real life” posts and topics over the last year… More outfits that I actually wear in public, less outfits that seem like playing dress up, Friday Finds each week where we can catch up and touch on all sorts of stuff, Wellness Wednesdays, etc. But what else can I be doing?

For the last few months, the guilt has been real. R-E-A-L. If I’m posting an outfit with just a little snippet instead of something profound, I feel like it’s not enough. And when I decide to not post at all because I don’t feel like I have anything to say, I feel like I’m letting you down. It’s been a vicious cycle lately, and I’m hoping that as life slows down a little bit this fall (less travel, more cozy nights in, etc), I regain a little bit of clarity on all of this and am able to re-focus on where I want the blog to go.

If you’re still reading this, you deserve a gold star. And, as always, thank you for listening! As you can probably tell from this haphazard rant-meets-diary-sesh, my thoughts have been all over the place. I’ve been pretty good about taking care of myself since I got back from Europe (exercising almost daily, eating healthy, meditating, etc.), but even so, I’ve just felt so sluggish the past two weeks. And honestly, it wasn’t until I just wrote out all of this that I realized, I think it’s because I’m just kind of sad. Call it the perfect storm… The world feels like a mess, end-of-summer blues, post-Paris blues, friends going through hard times… It’s just all been a lot lately, yeah? But I will say, I feel a lot lighter after letting this all out.

Take care of yourself this weekend, friends. I’ll be doing the same! xoxo Jess

Here are a few things I found this week… Hopefully they’re helpful or can serve as a little bit of an escape!

Gray Malin’s new coffee table book (fittingly named “Escape”) is finally available for order! Can’t wait to get my hands on this one.

How to Take Care of Yourself in the Wake of Tragedy

I love my BKR water bottle and I just found out about their new collaboration with Swarovski… 100% of the profits of these bottles go towards providing clean water to those in need via Water For People!

I saw this post on Instagram yesterday and it was exactly what I needed to read. It can be extremely challenging running a business that’s primarily focused on y-o-u, and most days, I really wish it wasn’t so focused on self.

What Happens to Your Body When You Skip Meals  |  On busy days, I somehow always fall into the trap of realizing it’s 6pm and I haven’t eaten anything yet. Just like Brighton said, it’s crazy when this happens because I LOVE food and am usually *always* hungry, but it happens way too often. (Just goes to show how much your mind controls your body! If you’re not thinking about it and your mind is focusing on 100 other things, you’re going to forget to eat.) I’ve been consciously making an effort to be better about this lately!

Stuck in a Rut? Here’s How Travel Can Help

How to Make a Vision Board

How to Help in Puerto Rico

How to Help in Las Vegas

Also… I want to start ending each week with a quote or two. Here’s what spoke to me this week…

Peace begins from within. If you are not peaceful inside, the world you see will be chaotic. (source)

Music is probably the only real magic I have encountered in my life… It’s pure and it’s real. It moves, it heals…” – Tom Petty