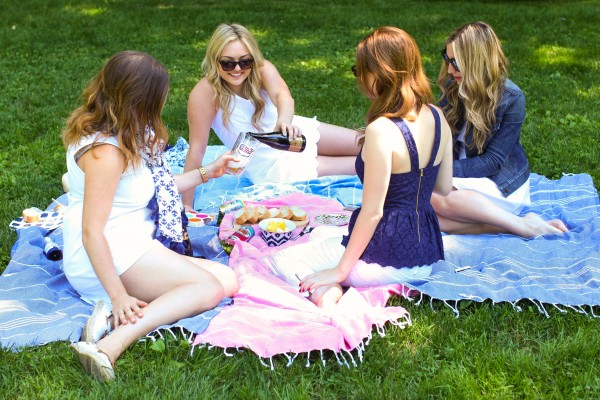 I knew exactly one person when I moved to New York City in 2012. It was the single most terrifying and simultaneously liberating thing I’ve ever done… And hands down, the most rewarding experience of my life to date! When I moved back to Chicago in the summer of 2015, I luckily had a big network of college friends and friends-of-friends to greet me with open arms. But it’s kind of crazy how much can change in a few short years! This past fall, I was wanting to cultivate a few more meaningful, adult friendships and found myself using the same tips that I relied on a few years ago when I was starting from scratch in NYC.

No matter if you’re in a brand new city or just wanting to expand your network in the same place you’ve always lived, these tips for making friends as an adult can be super helpful!

Also worth noting… Sometimes changes in lifestyles can bring about changes in circles, too! It doesn’t just have to be geographical moves. Maybe you want to go out less and mainly hang out with crazy partiers… Maybe you’re the only one married and pregnant out of your college crew… Maybe you’re the last single girl in your group of lady friends… You get the idea! It’s not uncommon to feel a little bit alone (which is different than lonely) even though you’re surrounded by lots of people.

A few friends and fellow bloggers have written similar pieces sharing their finding-new-friends stories… Check them out, too!

What are some of your tried-and-true tips for making friends as an adult? Would love to hear! Also, if you’ve seen any other great articles on the web, send them my way and I’ll add them to the list above.

Tips for Making Friends as an Adult