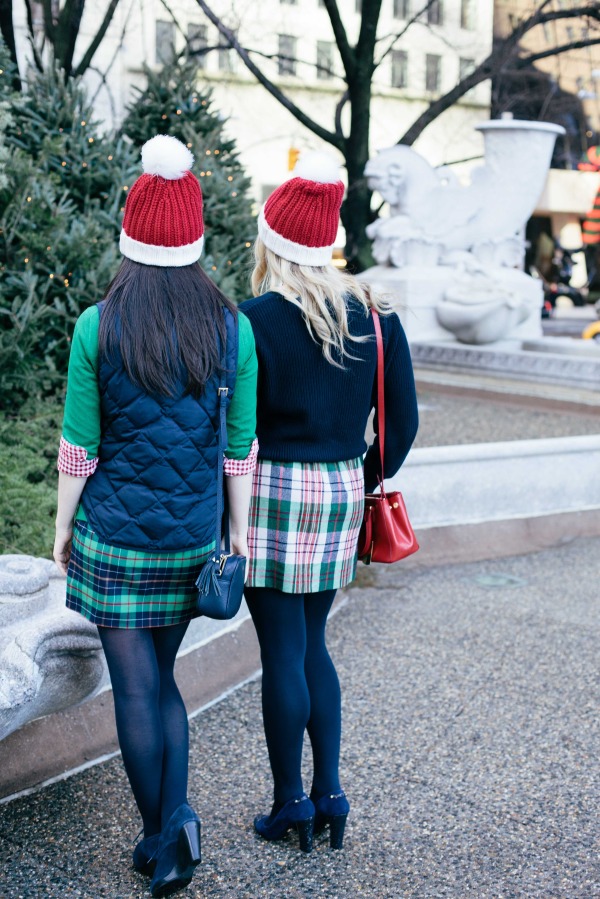 Whenever Carly and I meet up, we usually just look at each other and laugh. Nine times out of ten, we’re wearing some type of coordinating outfit! Take Wednesday morning, for example. Carly and I met up for breakfast (breakfast dates before work are seriously the best!) at Sarabeth’s and were planning to do a fun shoot with our matching santa hats afterwards before I headed into the office. There were almost tears when we met up in front of The Plaza… Plaid skirts, navy tights, sweaters, monogrammed crossbody bags, navy suede shoes, etc. I think we’re as close to twinning as humanly possible, without actually wearing the same thing. Honestly, the only thing we planned on matching was our hats. (We later realized that she has my Vineyard Vines skirt and I have her J.Crew skirt. #closecall)

I’m so happy with the way the photos turned out… They’re so festive and fun and capture how magical the city is during the holiday season. We look like Santa’s Little Helpers! When I splurged on this Santa Hat a few weeks ago, I didn’t realize how much I would actually wear it. I just loved it so much and knew I had to have it! (Even if just for a dress form decoration in my bedroom!) But I’ve been sporting it on the commute to work, running errands on the weekend, you name it. It’s so cute! It’s currently on sale and then an extra 25% off so if you’ve been lusting after it, nows the time to get it!

PS: If you’re in New York over the holidays, you have to check out the fountain in front of The Plaza! Once the water is drained from the fountain, it’s filled with Fraser Firs. So pretty! The perfect backdrop for festive photos. 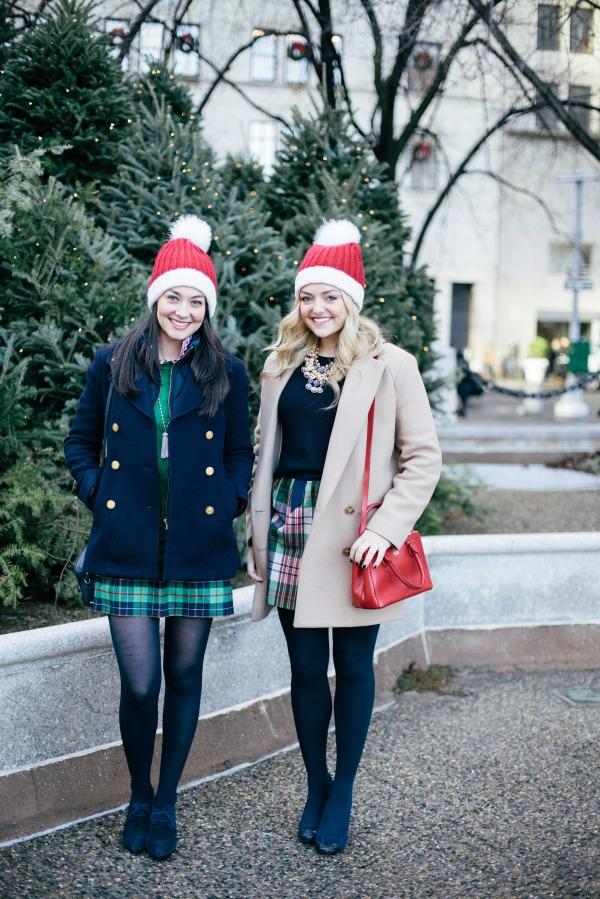 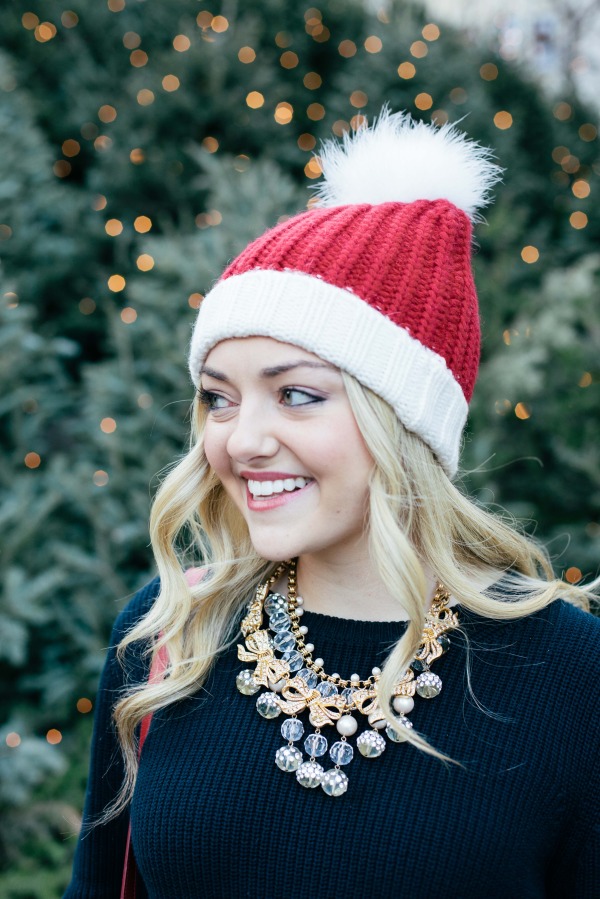 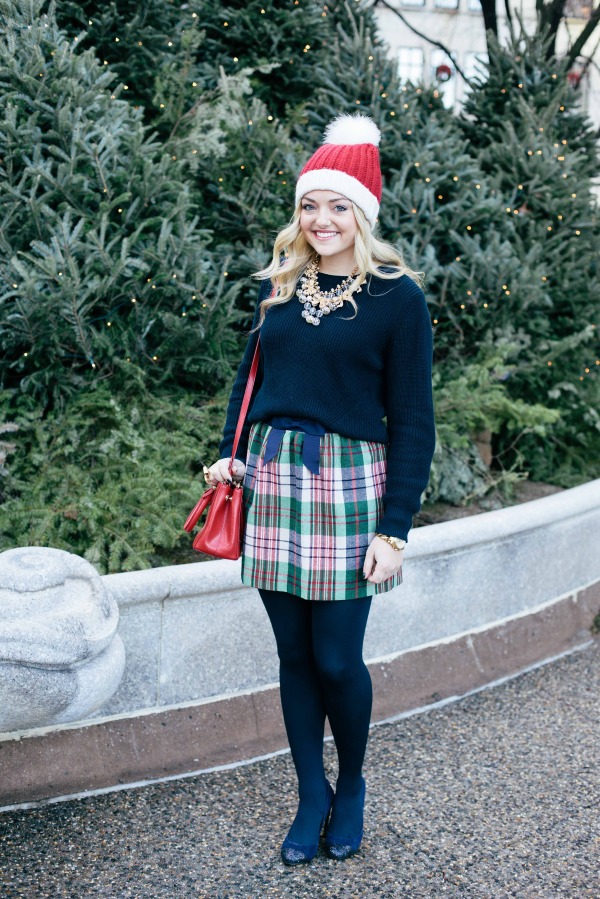 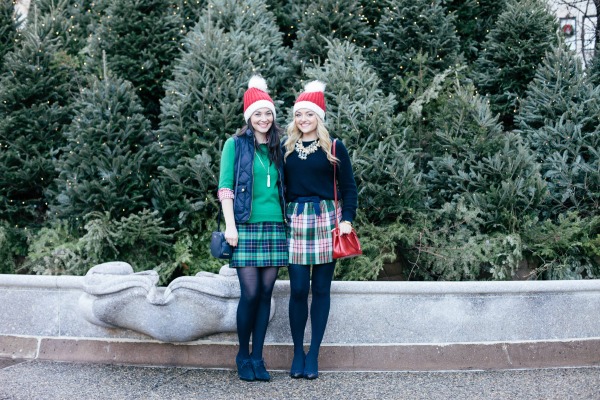 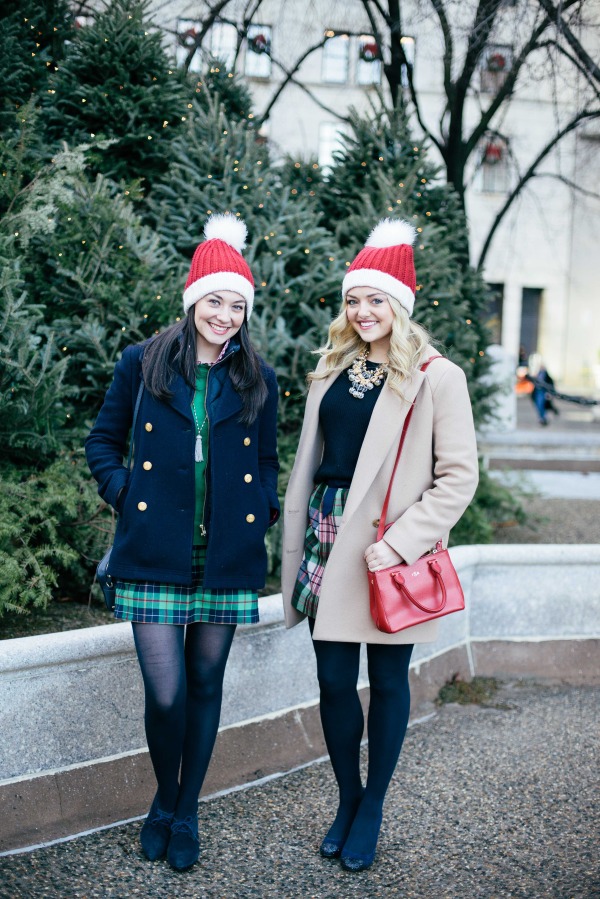 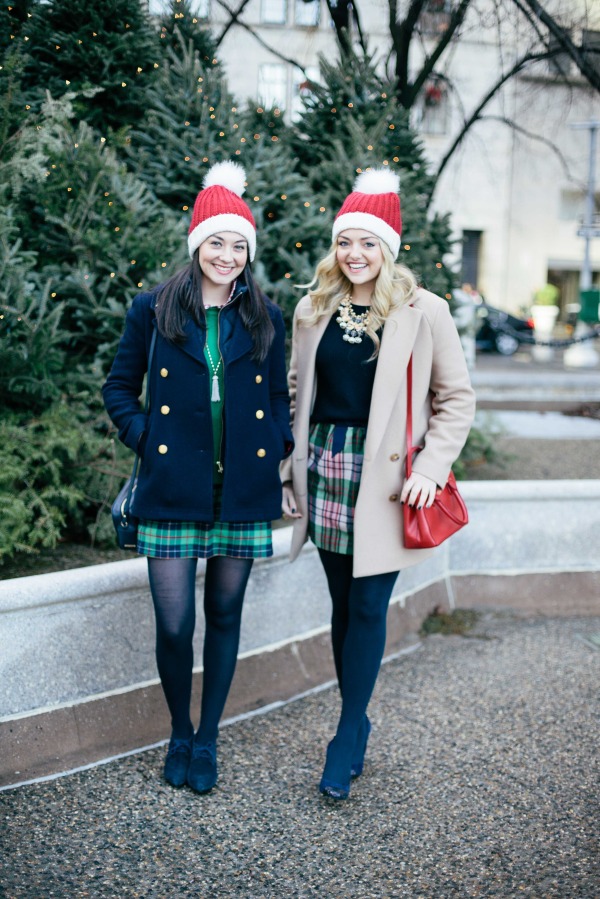 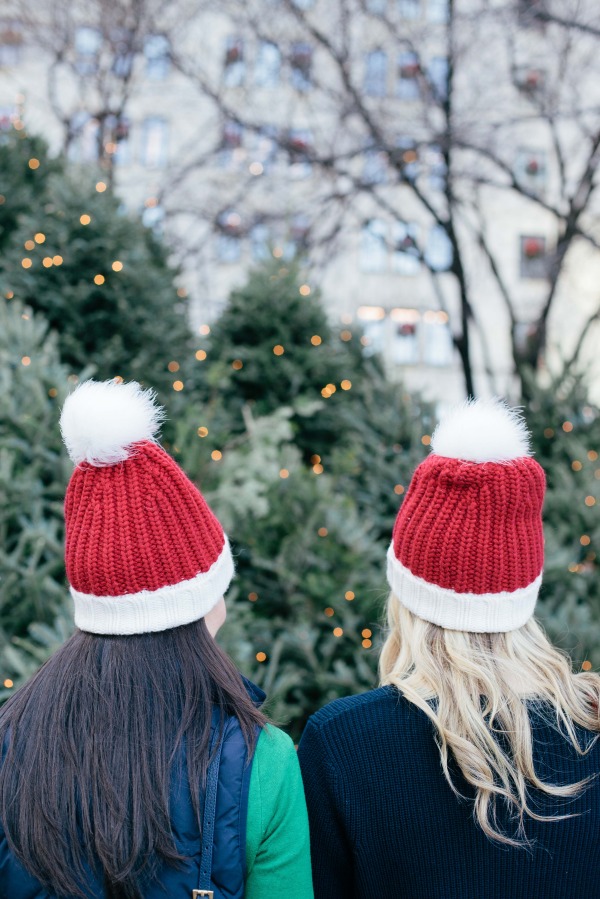 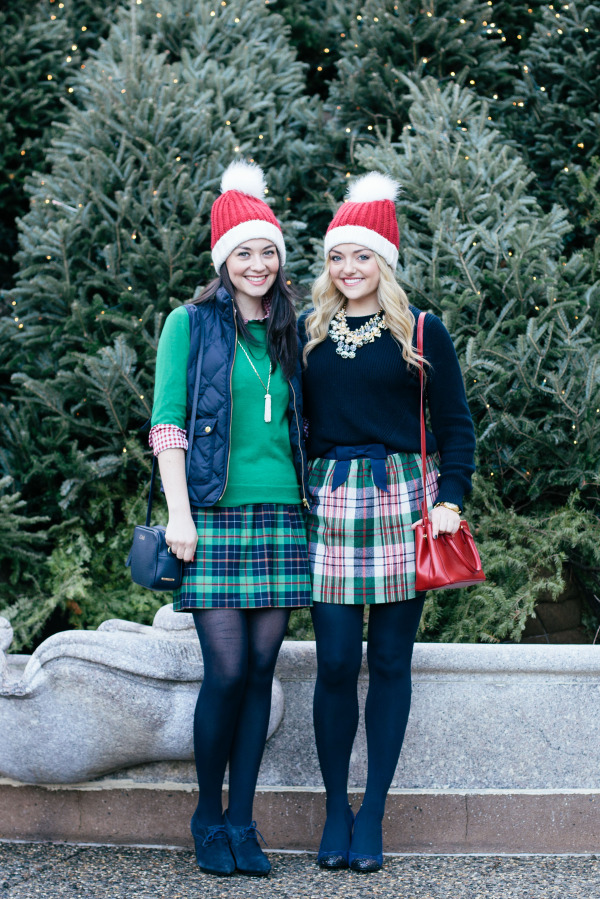 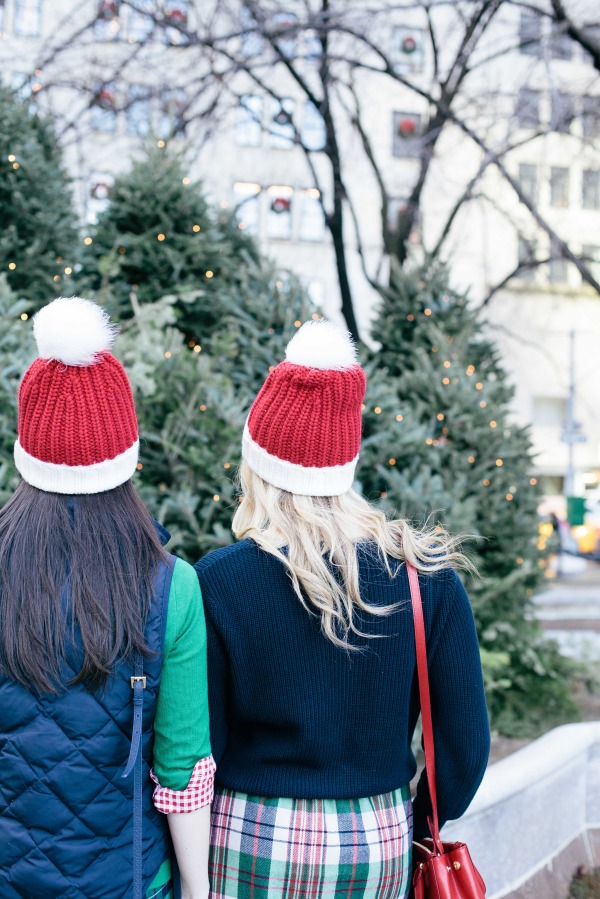 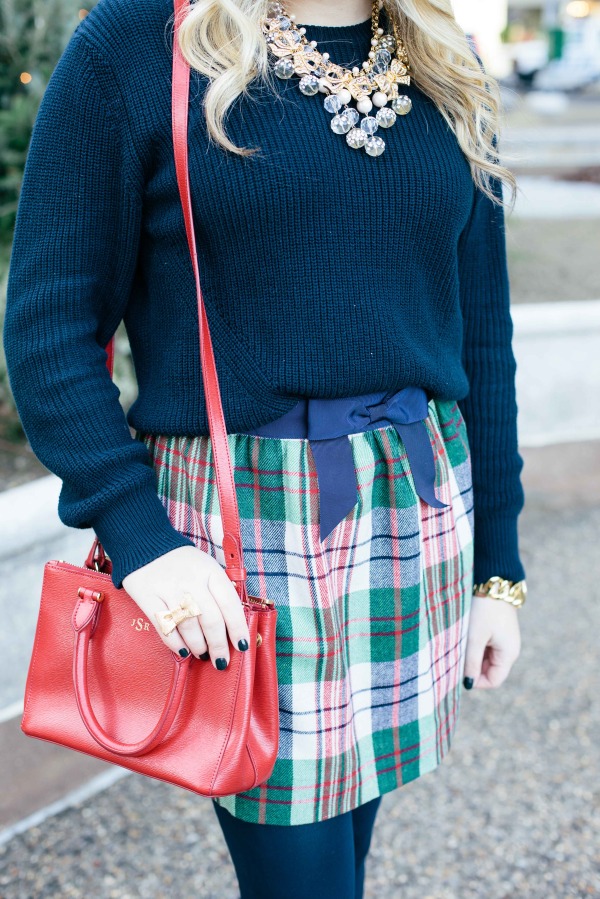 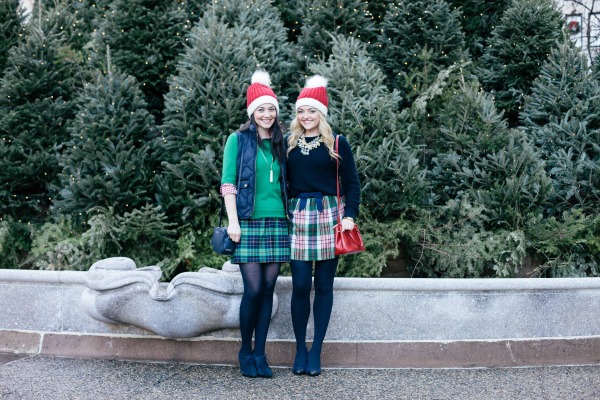 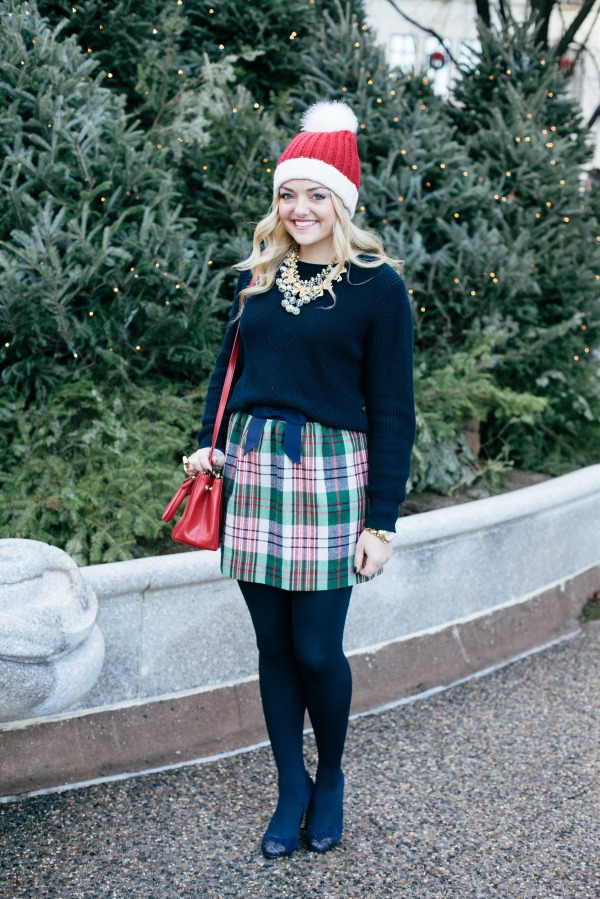 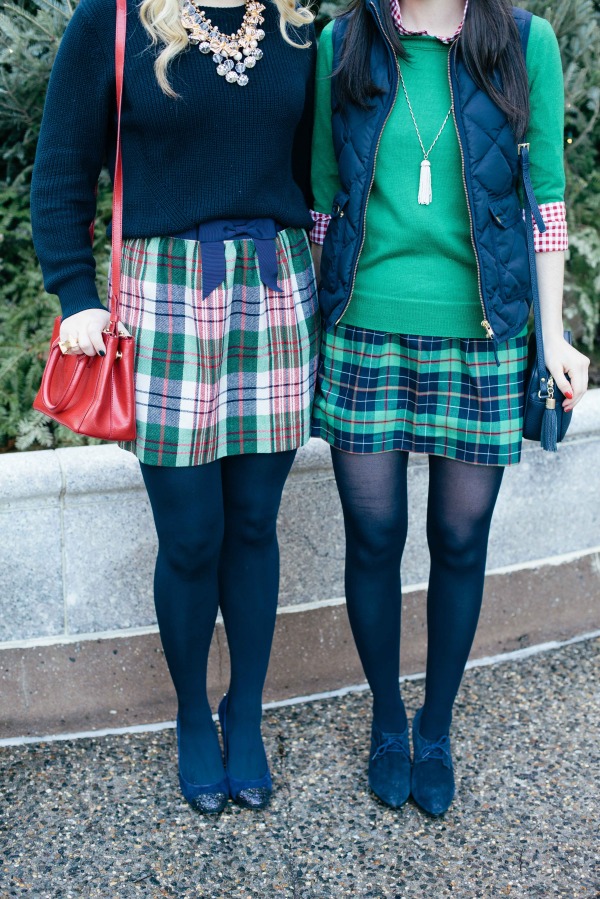 Right now all Kate Spade sale items are an extra 25% off! Here are some of my favorites… (PS: It’s not too late to receive them by Christmas!)